A Milwaukee reporter shocked himself and a Harlem Globetrotters’ player when he sunk a backwards half-court shot during a game preview TV segment.

Shaun Gallagher, a reporter with TODAY’S TMJ4, joined the Globetrotters at the Milwaukee Bucks’ training facility on Tuesday as the squad known for their trick shots and rule-bending plays promoted their upcoming New Year’s Eve appearance.

In honor of World Trick Shot Day, Gallagher decided to test his own talents by taking an unconventional shot from the half-court line – with his back to the basket.

Holding a microphone in one hand and a basketball in the other, Gallagher announced: ‘Shaun Gallagher trying out for the Globetrotters…’ as he hooked the ball over his head, launching it back 47 toward the basket. 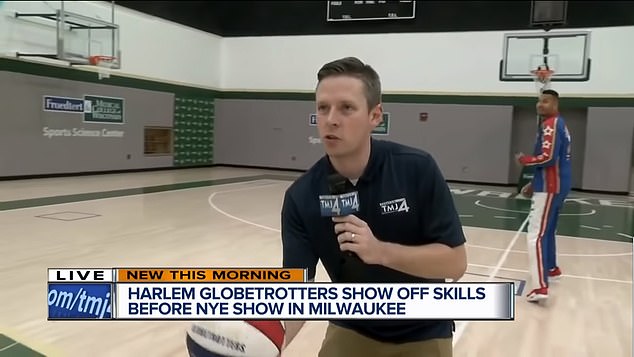 Shaun Gallagher, a reporter with TODAY’S TMJ4, joined the Harlem Globetrotters at the Milwaukee Bucks’ training facility on Tuesday to promote the team’s upcoming New Year’s Eve games. In honor of World Trick Shot Day, Gallagher took a backwards shot from back court while holding his microphone in one hand – and the ball stunningly fell right through the hoop 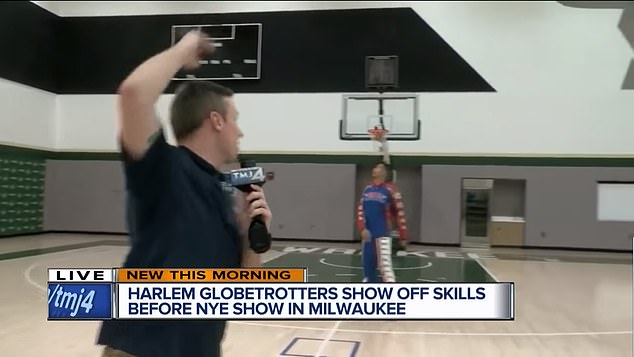 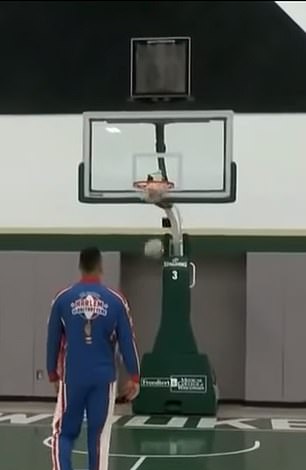 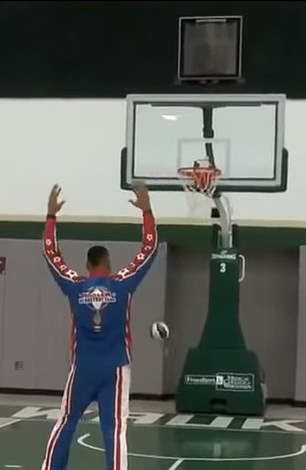 The Globetrotter supervising the shot hollered as the ball fell directly through the hoop – to the shock of Gallagher and the news anchors watching live from the studio.

‘Hey! What do you say about that,’ Gallagher exclaimed as anchors Vince Vitrano and Susan Kim erupted in a fit laughter at their desk in the station.

‘I’m done working at TMJ4, I am working for the Globetrotters now, we are done. How’s it feel to have a new teammate man?’ Gallagher asks the player.

He then drops his mic and walks off the court triumphantly.

Gallagher’s status with the Globetrotters is unknown, but on Wednesday morning he was back in front of the camera reporting from the Wisconsin State Capitol.

The Globetrotters will play two games at Fiserv Forum in Milwaukee on December 31. Tickets are still available starting at $20 each. 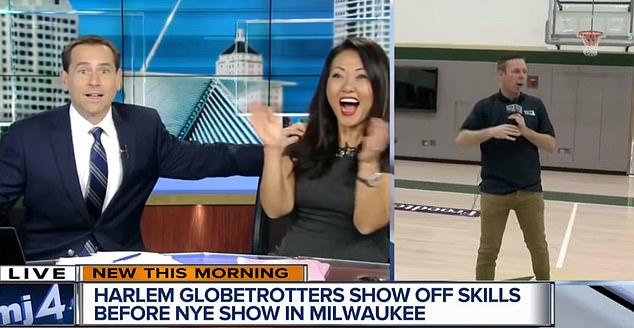 After the shot lands, anchors watching live from the station’s newsroom erupt in disbelief 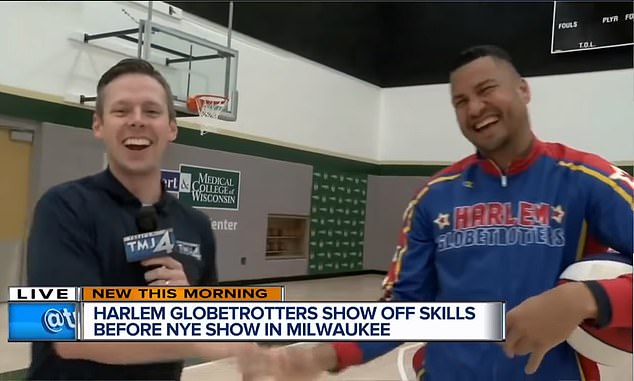 Drink Wisconsinbly to open a store at the Fiserv Forum plaza in spring
Noah Vonleh finally playing his complete game, rewarding Knicks for having faith in him