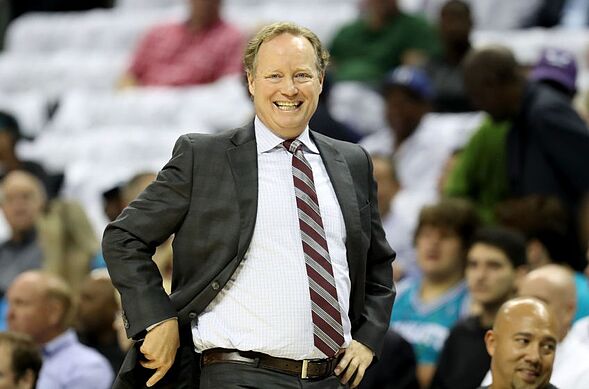 CHARLOTTE, NC – OCTOBER 17: Head coach Mike Budenholzer of the Milwaukee Bucks watches on against the Charlotte Hornets during their game at Spectrum Center on October 17, 2018 in Charlotte, North Carolina. NOTE TO USER: User expressly acknowledges and agrees that, by downloading and or using this photograph, User is consenting to the terms and conditions of the Getty Images License Agreement. (Photo by Streeter Lecka/Getty Images)

The Milwaukee Bucks have completed two games in the 2018-19 regular season. Here are a few takeaways from the first week of basketball.

The Milwaukee Bucks have gotten off to a fast start after winning their first two games of the season. As they progress forward, let’s check in with three Dairyland Express writers to get their impression of the Bucks so far.

1. What’s your biggest overreaction for the Bucks after two games?

Jim Quinlan: The Bucks will go 82-0. I mean, I don’t really think this but I’m very confident that the Bucks are going to win a ton of games this year after watching the first two.

They beat a decent team in Charlotte and then throttled Indiana, who is a sure-fire playoff team. And they did this with Giannis probably not playing his best. His counting stats were great but he wasn’t efficient (for him) and had a bunch of turnovers. He’s also still figuring out the offense, so once he really get’s going – look out.

You’ve probably also heard a lot about “winning on the math” when people talk about team like the Houston Rockets, but now the Bucks are the perfect example. Especially in the Indiana game they were taking a bunch of threes and forcing the Pacers to take a ton of mid-rangers based on how they play pick and rolls. I’m getting too excited about the Bucks – their best case scenario is probably still the third seed.

Micheal Mortensen: Turnovers are going to hurt this Bucks team big time if they don’t get them under control. Through two games the Bucks are averaging 19 turnovers. The only teams who average more are the Brooklyn Nets and Atlanta Hawks. Not necessarily good company to be in. Get those under control and the Bucks will have a much easier time taking care of teams. If not, you’re looking at a sub-50 win team.

TJ Bain: My biggest overreaction for the Bucks after two games is that they are the best team in the East. The Bucks are playing at an elite level to start the season and have all the pieces in place to make a serious playoff push. They have yet to trail in those two games scoring, even scoring 41 points in a quarter. The Bucks will easily surpass their 44 wins from last season and will have a higher seeding than seventh. Milwaukee was right in the middle at 15th when it came to team scoring per game but with the way they are playing right now, I could see them getting into the top 10 in scoring. The Bucks are the best team in the Eastern Conference…for now.